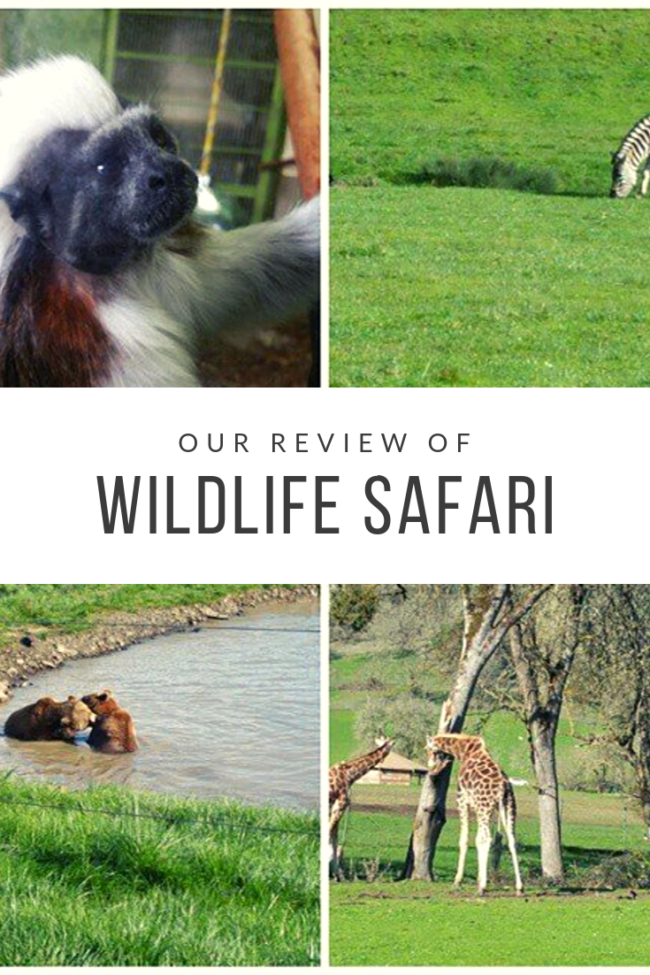 We are the kind of family that is up for an adventure at the drop of a hat. Our first trip to Wildlife Safari in Winston, Oregon was because I spotted a deal on Groupon late one night, so my hubby and I bought the tickets and we woke the kids up early the next morning and headed out. Did I mention that Winston is over 3 hours away from where we live?

As a consumer I always like to have knowledge of how a place is going to be, so I figure others feel the same way. If I don’t know someone personally who can give me their review of the place, I look it up. I am definitely a “let’s look up reviews” kind of person before a new adventure. Are you?

After that initial trip to Wildlife Safari we have actually been 3 more times in the last 3 or so years. We loved it. I have shared with many people I know, but I would also love to share with you, my readers so that you could have an idea of what Wildlife Safari in Winston, Oregon is like. But first, let’s get some basics out of the way.

What is Wildlife Safari in Oregon?

Wildlife Safari is a drive through animal park. It is about 600 acres in size With a paved road leading you through the park, you will drive your own vehicle and on average it takes an hour or two to get through (depending on how often you stop to watch the animals). Upon admission the staff will offer you a map of the park which helps you to identify the animals as you move through the park.

In addition to the drive through park,  you will also find at Wildlife Safari, the “Always Free Safari Village.” This is a fun area filled with animal exhibits (alligators, cheetahs, cougars, snakes, flamingos, and more), a botanical garden, a petting zoo and more.

You will also find snack stands and a restaurant in case you are hungry.

Where is Wildlife Safari in Oregon?

Okay, we have already covered that Wildlife Safari is located in Winston, but Winston is a small town here in Oregon, so just hearing that helps very few people. For a matter of reference, Wildlife Safari is about 15 minutes southwest of Roseburg in the southern part of Oregon.

How much does it cost to get into Wildlife Safari in Oregon?

The prices at Wildlife Safari are as follows:

However, as mentioned already in this post and in an earlier post I wrote, I highly recommend checking out Groupon. They almost always have deals on Wildlife Safari admission. Today for example, you can get 2 adult passes for $24 total and 2 kids passes for $17 total. That means for a family of 4 it would only cost $41!

Can you get close to the Animals?

Yes and no. Some of the animals stay far away from your vehicle, while many others will come nearby. You need to keep your hands in the vehicle except for the specific animals that you are allowed to feed from a feeding cup.

I have personally never done any of the animal encounters, but I am strongly hinting to my husband to buy me the bear encounter for Christmas. 🙂

Well, obviously we love Wildlife Safari or we wouldn’t have went on multiple occasions. It is beautiful there. The landscape is gorgeous and the animals are breathtaking to see in real life.

I’ve never been a big fan of zoos because of the small spaces that these animals are kept in. This is not the case with the animals at Wildlife Safari at all. Of course, some of them are kept in separate enclosures (these are wild animals after all), but even those enclosures are spacious.

I love the map that you are given at the beginning of the safari. Many of these animals are animals I know nothing about so when the kids ask what each animal is, I can look down at the map and tell them exactly what we are looking at.

Our family favorites at the park include the following:

Trust me, we will be visiting Wildlife Safari again soon. We love it there and with the non-stop awesome deals on Groupon, how could we say no?! If you live in Oregon, or, if you are planning a visit soon, I would recommend putting Wildlife Safari in Winston on your list of places to visit in Oregon.

When time of year should you visit?

We have actually visited Wildlife Safari at different times during the year. Our first visit was in the month of February (it was actually on my hubby’s birthday that we went), but it was a sunny and beautiful day and we saw all of the animals. They were all out to play.

We have visited during the fall and it was a lot of fun then too. The animals weren’t as playful as they were on that early spring-like day, but they were out and about.

We have visited several times during summer too and while it was fun, it was actually the times that I found to be the least fun. I’m not sure that it had anything to do with the season though.

What time of day is best to visit?

Our most recent visit was in late August in the morning and many of the animals were still resting. In fact, we didn’t see the bears at all (and that is my favorite part, remember?). While I don’t think the fact that it was summertime had anything to do with this, I think it was mainly the time of day. We will definitely not go in the morning again. The next time we go, we will be waiting for mid-afternoon when the animals are well rested and have already been fed.

Our recommendations for a Wildlife Safari trip

While we may not be Wildlife Safari pros, we are pretty experienced at visiting now and we have a good idea of what works and what doesn’t work when it comes to a trip to Wildlife Safari:

So, what do you say? Will you be making a trip to Wildlife Safari soon?